All Four Teams Feature Play-by-Play Voice & Analyst in the Booth; Reporter and Second Analyst on the Field 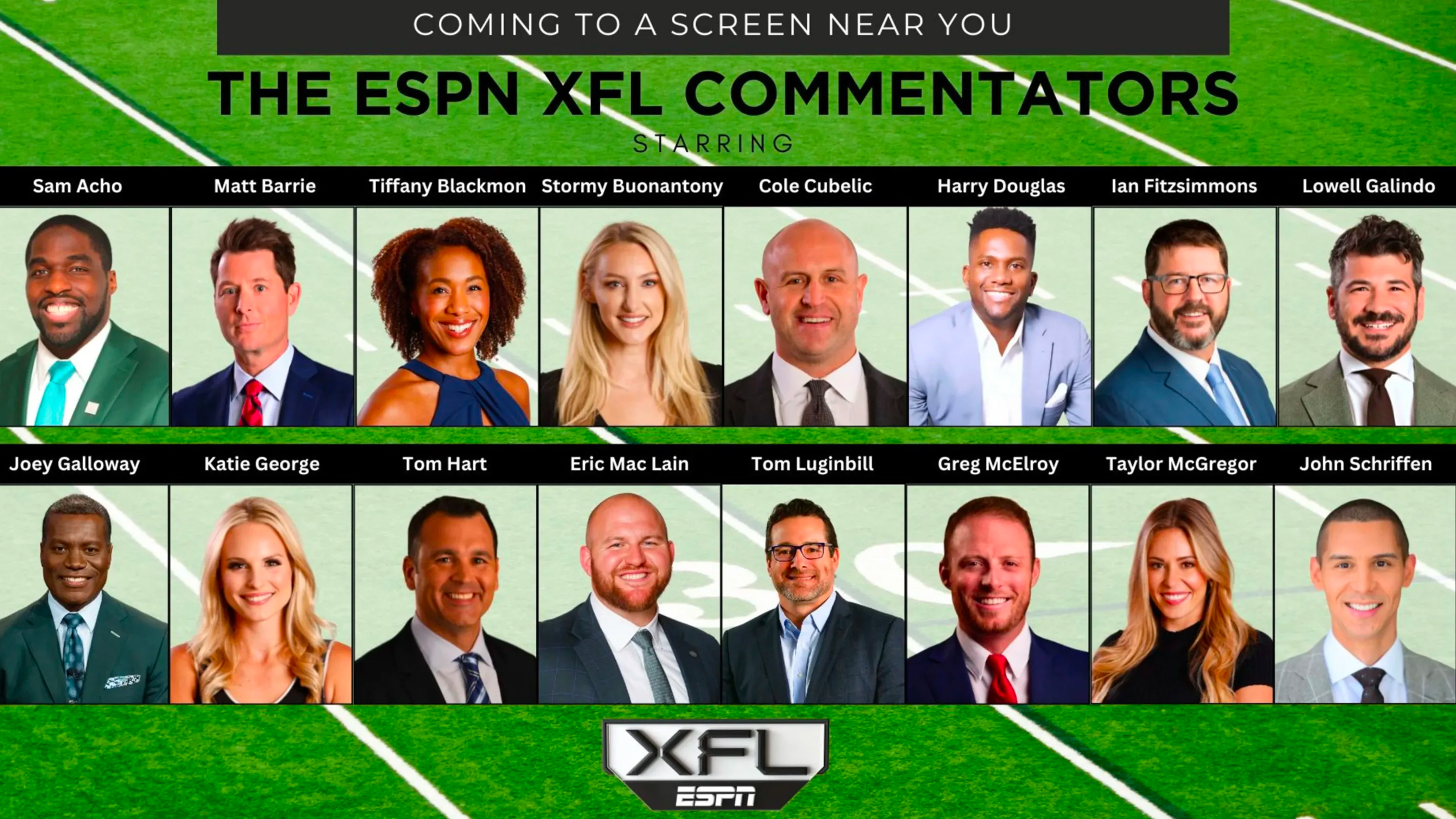 “Each ESPN team brings extensive expertise and their backgrounds in college football make them incredibly informed about the players who will be stars at the pro level in the XFL,” said Steve Ackels, ESPN vice president, production. “This talented group of voices, combined with the many on-field production innovations we have planned for this season, will provide fans with unprecedented access to all facets of the XFL.”

Announced in May, The Walt Disney Company (TWDC), ESPN and the XFL reached an exclusive, global multi-year agreement that calls for every regular-season and playoff game to be presented on an ESPN/TWDC platform. XFL matchups will be featured on a combination of ABC, ESPN platforms and FX. The XFL season starts on Saturday, Feb. 18, 2023, and continues through the spring with 40 regular-season matchups, two semifinal playoff games and the championship.

About XFL
The XFL's ownership group, led by Dany Garcia, Dwayne Johnson, and Gerry Cardinale's RedBird Capital Partners, is building a fan-first, fast-paced global professional football league with innovative rules and enhanced 360 game experience. The XFL will bring entertainment to world class football, with the goal of advancing the game of football and expanding player opportunities when it launches in February 2023.